Get the app
Share This Page
Email this page 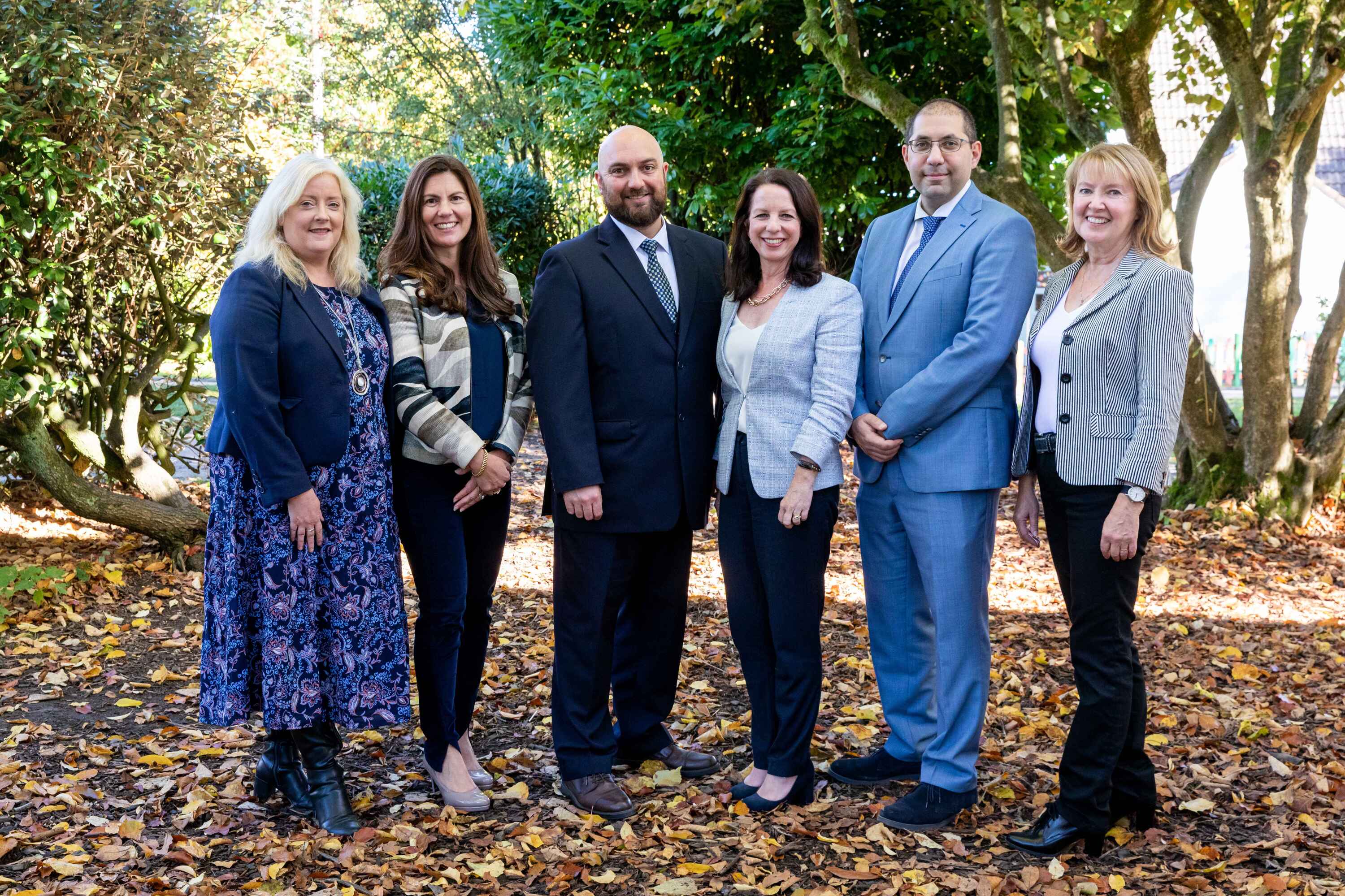 Belinda Yates, Executive Head, has 30 years of experience working in Education in Australia and Belgium. Belinda speaks English and Flemish and holds degrees from Deakin University, Australia, and a Masters in Educational Leadership from the University of Buckingham, United Kingdom. In November 2017, Belinda was selected to participate in the High-Performance Leadership Programme at Oxford University Business School. Belinda has a passion for integrating technology in schools and co-founded the Google Education Group for schools in Belgium, which she is currently leading. In 2015, she and her team received an award for Outstanding Project Management Skills from the Project Management Institute of Belgium for delivering 'Project Ignition', the Google for Education transformation program. Belinda guides her leadership team on both school campuses, in Waterloo and Tervuren, and the Daycares on each site, and develops the school strategic planning. She also leads the school's Health and Safety Committee and Professional Development for all staff.

Cobus Steyn, Deputy Executive Head, is from South Africa and has worked in numerous countries in Africa, Asia, and Europe over the past 20 years and held many different leadership roles. Cobus speaks English and Afrikaans fluently and has a working knowledge of Portuguese. As an undergraduate, Cobus read a triple major: Afrikaans, History, and English Literature before completing his teaching qualification in English and History. He then researched a Master of Arts degree and is currently a Doctoral Candidate at the University of Bath. Cobus is responsible for International and External testing, Curriculum, and Academics and oversees the Secondary School.

Nadim Bayeh, Head of Secondary in Waterloo, joined ISF in 2013 as a Science Teacher. Nadim taught Biology, Chemistry and Physics and have been the Cambridge Examination Officer at ISF. After working as an architect for many years, he moved into the educational field. He is half-Lebanese, half-Trinidadian, with a Franco-American education. He is fluent in English, French and Arabic.

Analida Anguizola, Head of Primary in Waterloo, has worked in international education in Panama and Belgium since the year 2000.  Fascinated by human behaviour and mental processes, Analida graduated in Psychology from the 'Universidad Católica Santa María La Antigua' in Panama City.  Fluent in Spanish, English, French, and with a good knowledge of Italian, Analida is able to easily connect with second language learners.  She thoroughly enjoys teaching English as an Additional Language.  Analida is delighted to be a part of the ISF Leadership Team and looks forward to continuing to motivate and empower not only our students but also our dedicated staff, in supporting them to strive toward realising their full and unique potential.

Órla Mc Loughlin, Head of Campus in Tervuren, has worked in education in Ireland and Belgium for 30 years. Órla has been living in Belgium since 1999 and has worked at ISF since 2001 in various roles, joining the Leadership Team ten years ago. Órla speaks French, English, and Irish and has years of experience working with second-language learners. Órla is a highly experienced international educator specialising in Early Years and Primary Education. Órla has a passion for learning and has recently completed a Master's in Educational Leadership at Portsmouth University. Órla is a Google Certified Educator and was a part of the project management team that introduced Google Technology to ISF. She is also the co-founder and leader of Belgium's first GEG (Google Educators Group). Órla lives with her family in the village of Tervuren and enjoys being part of a diverse community.

Julie Boyd, Deputy Head of Campus in Tervuren, has worked in education for over 30 years, both in the United Kingdom and abroad. After two years of teaching in the UK, Julie moved to Germany and subsequently to Cyprus to teach children in Service Children's Schools. Julie taught all the age ranges from Pre-Primary to Year 6 in various school establishments, varying from small village schools to large inner-city schools.  Julie graduated from Cardiff University with an Arts Degree and a Postgraduate Certificate in Education (PGCE). Julie has a passion for Art and Crafts and delights in seeing her students being creative. Julie also loves teaching Mathematics and the joy it can bring when students understand and apply the concepts. Julie has two children of her own, and therefore understands the difficulties of having a career whilst raising a family. Julie loves to walk her dog, and she enjoys sports, especially watching football.

How to Find Us